Four Invitations to Write Across Realms

Our Poetic Vision virtual event series is exploring the intersections between poetry, visual art, film, and the sciences. In the opening webinar on 25 April 2021, available as a replay, four interdisciplinary poets shared insights from their practice and presented these four writing invitations so you can try writing across realms yourself.

Some of the poems generated using these prompts will be read on at our Intermingled Visions reading on 23 May, co-hosted by Singapore’s Sing Lit Station, on our YouTube channel.

Here are two ideas for writing an ekphrastic gender-politics poem/essay/story: contrast the fashion designs associated with female heroes versus male heroes, and explore the portrayal of stereotypical gender behaviors in art—females and maternity, domesticity, matrimony, and sexuality as symbols of weakness versus males as warriors, deities, religious leaders, thinkers, and machinists as symbols of strength.

The artwork of contemporary hyperrealism artist, Carole A. Feuerman

Janée J. Baugher, MFA, (Seattle, WA, USA) is the author of The Ekphrastic Writer: Creating Art-Influenced Poetry, Fiction and Nonfiction, a comprehensive guidebook for engaging with art in words, as well as two poetry collections, Coördinates of Yes and The Body’s Physics. Her recent art/flash exchange with Qrcky was featured in the light ekphrastic. She is also the columnist at The Ekphrastic Review.

2. Remembering Art in a Public Space

Cast your mind back to the last piece of art you saw in a public space, whether that be an art gallery, museum or cinema. Think about why it spoke to you and has since lingered in your mind. Try and name the ways in which you felt close to it in that moment, and feel affected by it still.

Pause in that instance of the glimpse.

Investigate the space between yourself and the work. 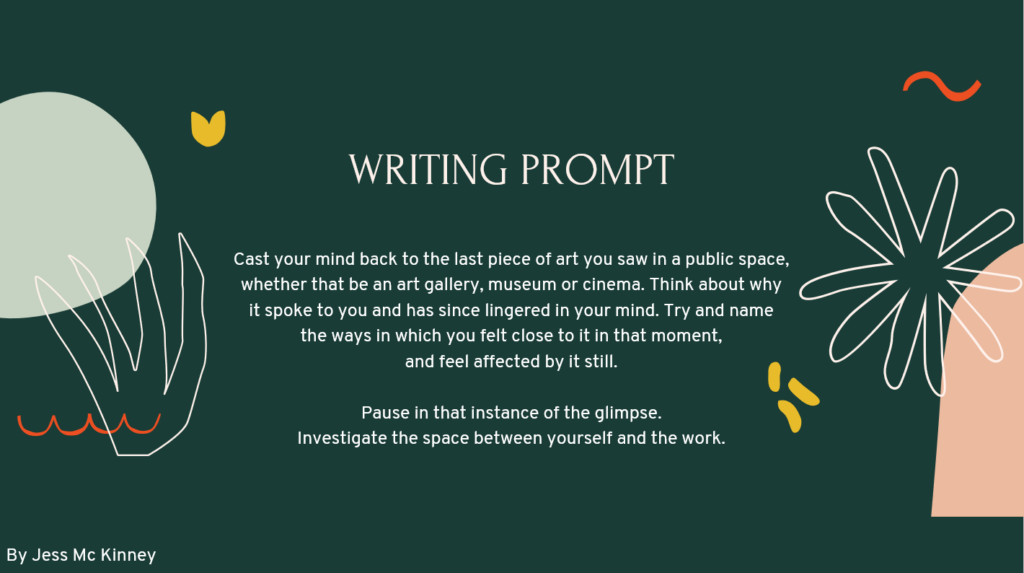 Jess Mc Kinney is a poet from Inishowen, C. Donegal, Ireland who recently completed her MA in Poetry at Queen’s University Belfast, where she was awarded the Irish Chair of Poetry Student Award 2020. Her poem “Deluge” in the current SAND 22 rewatches the classic anime film Spirited Away, lip-syncs Leonard Cohen, and exposes the startling sweep of its own poetic vision. Her work has also appeared or is forthcoming in The Stinging Fly, Banshee, Abridged, The Open Ear, Channel Magazine, and The Poetry Jukebox. She was awarded an artist bursary from Donegal County Council to complete her debut poetry pamphlet.

Bees and honey are a worn-out poetry myth, but one can accept the challenge and try to revive it. In the mid-1940s, Karl von Frisch discovered a connection between the dance in the hive of bees returning from a successful exploration outside and the presence of nearby/distant food sources. 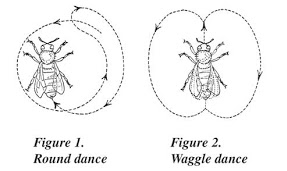 The presence of an abundant source within a range of 100 m away is conveyed to hive mates by means of a round dance (fig. 1). If the food is further away, the successful bee starts dancing in the shape of a figure of eight (fig. 2). It starts with a straight line, followed by a semicircle, then another straight line and a semicircle again in the opposite direction.

The angle formed by the straight line in relation to gravity (dances are performed on a surface perpendicular to the ground) corresponds to the angle to the sun the bee flew from the feeding place back to the hive. The speed of waggling the hindquarter indicates the distance to the source (1 s ≈ 1km).

The language of bees combines space and time, shapes and rhythm like a text.

Anyone who tries this prompt is also invited to submit your results to be considered for a forthcoming issue of the magazine Die Leere Mitte, co-edited in Berlin by Federico and Horst Berger. Send your submissions to leeremittemag [AT] gmail [DOT] com. 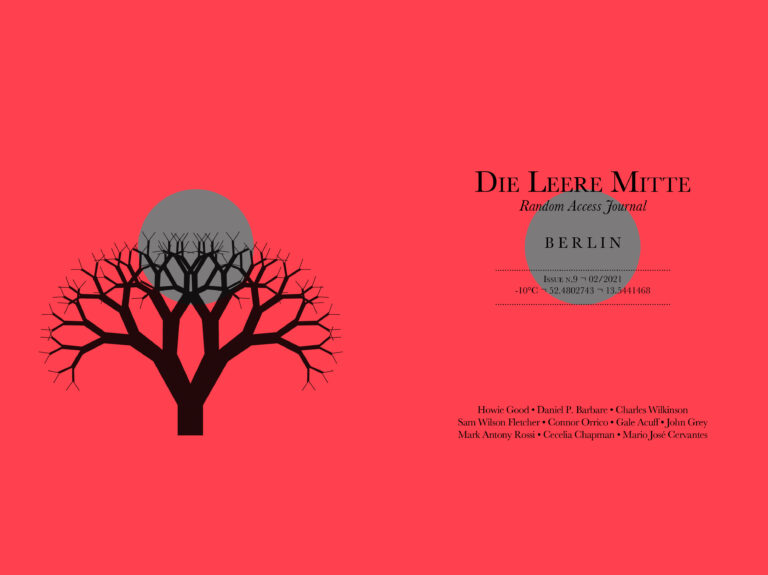 Federico Federici is a conceptual artist and physicist who approaches poetry as a visual medium. Four asemic poems from his Concrete Disassembled Poems series, created by typewriter and pen, were featured in SAND 18. Among many other projects, he is the author of Transcripts from demagnetized tapes, Vol. 1 and A private notebook of winds.

4. A Process/Prompt for Thinking and Writing with Scientific Texts 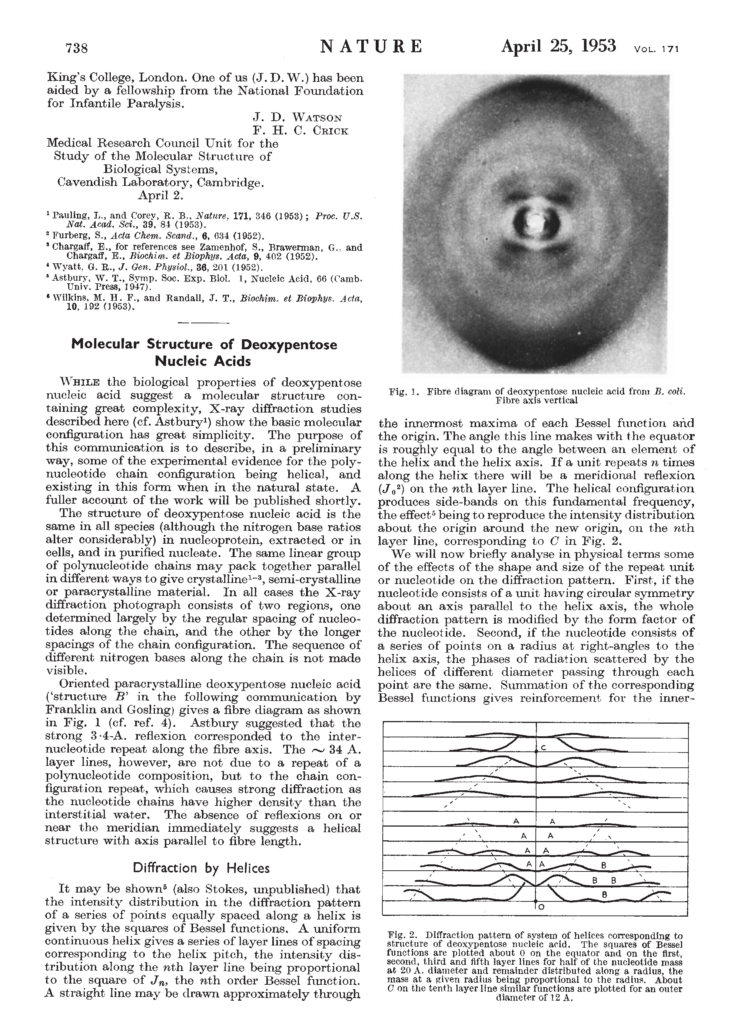 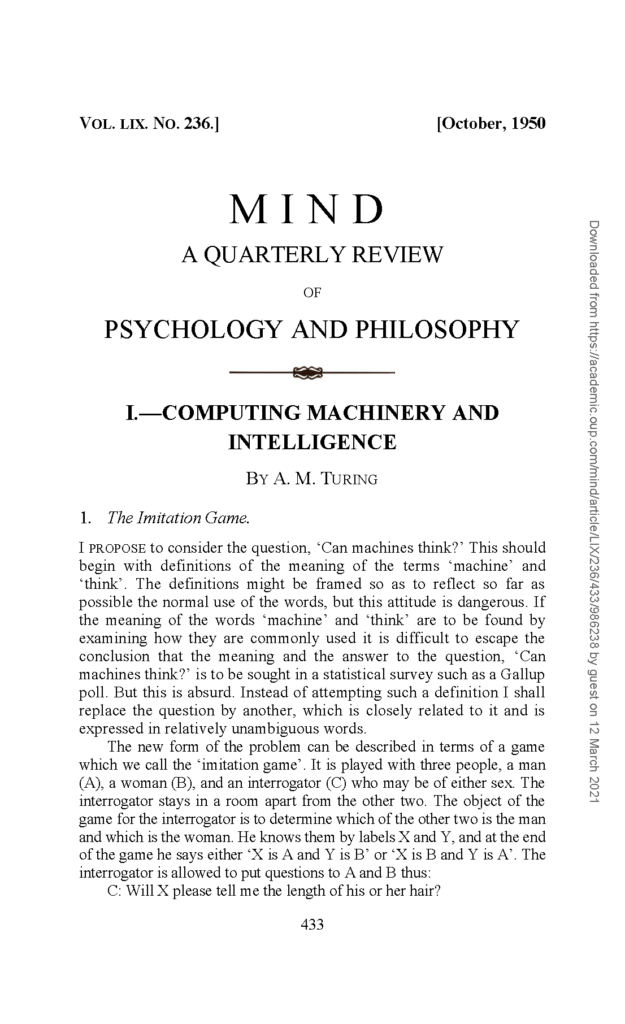 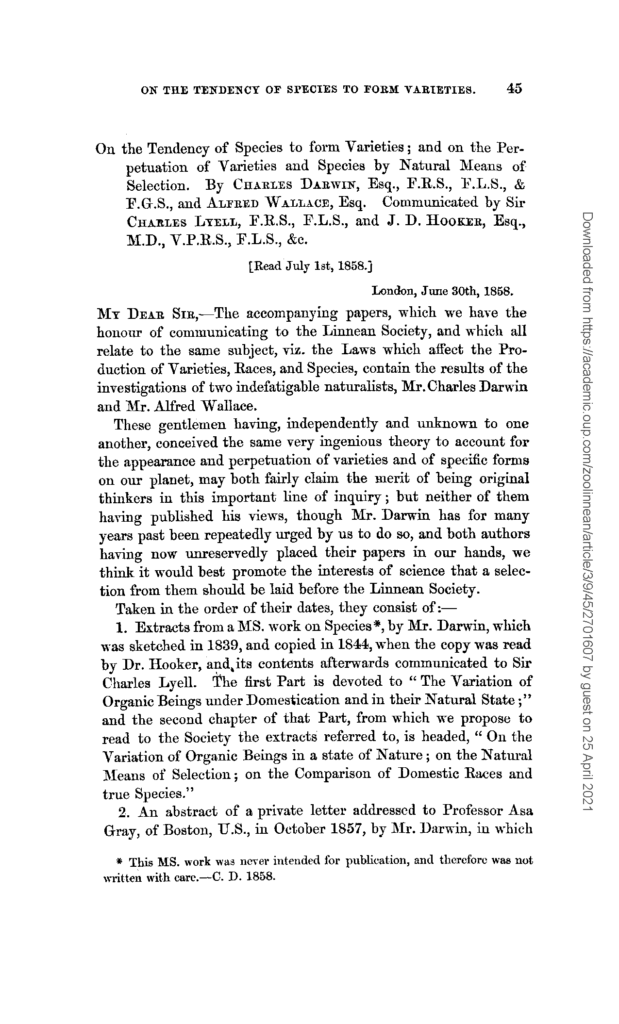 1. MIT Professor Sherry Turkle is a sociologist and psychologist who studies people’s relationships with science and technology. In her editor’s introductions to the essay collections Falling for Science: Objects in Mind and Evocative Objects: Things We Think With, she writes:

[T]hinking with and about things is not a cold, intellectual enterprise but is charged with eros. (Falling 6)

Science is fueled by passion, a passion that often attaches to the world of objects much as         the artist attaches to his paints, the poet to his or her words. (Falling 36-7)

We find it familiar to consider objects as useful or aesthetic, as necessities or vain indulgences. We are on less familiar ground when we consider objects as companions to our emotional lives or as provocations to thought. The notion of evocative objects brings together these two less familiar ideas, under-scoring the inseparability of thought and feeling in our relationship to things. We think with the objects we love; we love the objects we think with. (Evocative 5)

3. How and why is a particular thing evocative/provocative to me, and what happens to my relationship with it and my understanding of it when I (re)examine it through scientific thought, language and image?

4. Where does poetry come into this?

It is true that poetic language is densely formed. But what is formed by and in poetic language is an event of attention generated in the acts of reading and writing. I suggest that a poem might be better understood not simply as a gathering of composed formal features, but as an instrument for tuning and composing the attention. (3-4)

Poetic form forms attention. What does this mean for us? What does it do to us?

[W]e begin to see attention not as a fact, not as trend, not as mandate, but rather as medium, a medium that can be formed in a variety of ways, and which makes up the structures and terrains of inner experience where it meets sensual perception. And, going a step further, we begin to see “the poetic” not as a narrow set of qualities or ideals but as a process through which the material of language forms—dynamically and fundamentally—the very shape and texture of inner life. (Alford 270)

5. I’ve come to love scientific texts themselves as things to think and feel with. When I work with them, I read and write to form scientific attention and the language that describes it as poetic attention in language. Whatever the science attends to becomes also linguistic material becomes also inner experience. How do these (trans)formations happen?

I’m providing three foundational scientific papers that I’ve worked with as initiating material for your experiments with form. Of course, if you continue to work with scientific texts, please find the objects and texts that are “charged with eros” for you.

Here are three exercises to try with one or more of the papers:

Kanika Agrawal’s work-in-progress Okazaki Fragments, excerpted in SAND 19, adapts language and images from a series of scientific papers on discontinuous strand synthesis during DNA replication. This research was led by the Japanese molecular biologists Okazaki and Okazaki. Okazaki Fragments (re)constructs Okazaki and Okazaki’s experiences by reading their lives into (or out of) their scientific papers. Kanika studied biology many years ago as an undergraduate at MIT, and she has been thinking and writing about Okazaki fragments and various other cellular molecules and processes ever since.

The concluding reading of our series, co-hosted by Sing Lit Station, will intermingle poetic visions. People who wrote poems using the writing invitations above, including participants from Crista’s workshop and April’s annual Singapore Poetry Writing Month (SingPoWriMo), will read on our YouTube channel.

Members of the SingPoWriMo online community have written more than 20,000 poems in response to diverse prompts over the past eight Aprils. Sing Lit Station has also staged poetry readings on trains, buses and ferries; painted invisible poems on Singaporean sidewalks that appear in the rain; and organised the first Manuscript Bootcamp in Southeast Asia. It also administers the Hawker Prize for Southeast Asian Poetry and stages the only performance poetry / professional wrestling hybrid performance in the world, Sing Lit Body Slam. As a physical space, Sing Lit Station hosts a writing residency, masterclasses, and monthly peer-run writing groups consisting of practicing and aspiring writers, migrant workers, queer folk and more, and more facilitated communities such as Writing The City.