ay down wannna half too rayt propper / Jermen

Full poem and both translations here

The poem “Two Çayspoons of Şekir” by Bîşeng Ergin, alias Keça Filankes, explores ways in which language can both divide and unite a family, as a daughter becomes her mother’s linguistic and practical go-between amongst German, Kurdish, and Turkish. Crossed wires – language barriers, misunderstandings, and half-translations – intertwine with cherished family ties, the intimacy of pregnancy and the priceless heirloom of a mother tongue. Filankes shows us a space in between: the realm of the cultural intermediary.

It is only fitting that her German poem was the subject of a translation slam, a lively, interactive event that breaks the language barrier and exposes the inner workings of the translation process by giving the intermediaries a chance to speak for themselves. On International Translation Day 2021, the two translators, Jon Cho-Polizzi and Didem Uca, arrived with their independently completed English translations of the poem and each read their own versions before describing and discussing their choices as well as cultural and linguistic aspects of the original. During the reading and conversation moderated by David Gramling, the audience joined the discussion in the chat, and the event concluded with a live Q&A with the participants and SAND’s own Jake Schneider, who co-curated the event.

A collaboration between ALTA and SAND, sponsored by Wunderbar Together, and affiliated with the Tucson Humanities Festival at the University of Arizona in the US. The German poem in question originally appeared in the sold-out “Sprache” (language) issue of the journal Literarische Diverse.

When my mother lent me her body, / she had 2 hearts inside, / split them apart and gave me a soul and a language. / Even before I could speak, I had / a mother tongue: / the language of my mother.

When my mother lent me her body / she had 2 hearts inside of her / she divided these and gave me one spirit / and one tongue. / Before I could ever speak, I / had a mother tongue: / the tongue of my mother.

Full poem and both translations here

Didem Uca (translator) is Assistant Professor of German Studies at Emory University. Her research focuses on post/migrant cultural production, with recent and forthcoming articles and translations in Seminar, TRANSIT, Monatshefte, and Die Unterrichtspraxis. She is co-editor of Jahrbuch Türkisch-Deutsche Studien and serves in leadership roles in WiG, DDGC, and the MLA.

Jon Cho-Polizzi (translator) is an educator and freelance literary translator. He studied Literature, History, and Translation Studies in Santa Cruz and Heidelberg, before receiving his PhD in German and Medieval Studies at UC Berkeley with a dissertation titled “A Different (German) Village: Writing Place through Migration.” He lives and works between Northern California and Berlin.

David Gramling (moderator) is a literary translator from Turkish and German. He is Professor of German Studies and Head of the Department of Central, Eastern, and Northern European Studies at the University of British Columbia. His books include The Invention of Monolingualism, The Invention of Multilingualism, and Linguistic. He is also the Translations Section editor for Transgender Studies Quarterly.

Bîşeng Ergin alias Keça Filankes (poet) holds degrees in International Relations/Peace and Conflict Studies, Sociology, and Political Science from Goethe University Frankfurt. Her parents fled from Turkey when she was a baby, and today as a Kurdish woman, political educator, and social justice activist, she dedicates her political life to fighting against discrimination, fascism, and war in solidarity with refugees and migrants. She writes poems and performs spoken word as part of Literally Peace, a transcultural German and Syrian collective. 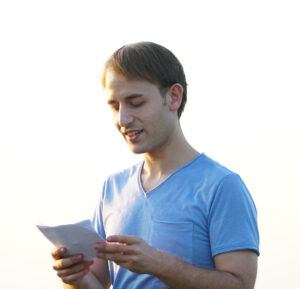 Jake Schneider (co-curator) is a translator, literary organizer, and editor-in-chief of SAND. An NEA fellowship recipient, he has translated poetry, scholarship, and exhibitions from German, especially on Jewish and queer themes. He has also put on events around “untranslatability,” ekphrastic poetry, and collaborative text, and is now focusing on minoritized/non-national language literatures. He lives in Berlin.

The American Literary Translators Association
Initiator, co-curator, and co-organizer as part of the ALTA44 annual conference

Tucson Humanities Festival at the University of Arizona 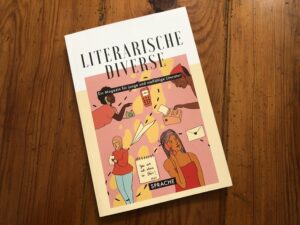 Keça Filankes’s poem was originally published in German under the title “Zwei Çaylöffel Şekir” in the “Sprache” (Language) issue of the journal Literarische Diverse. 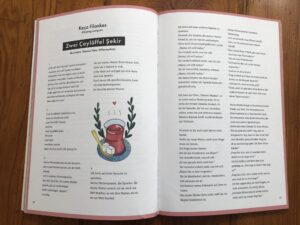 Founded by Yasemin Altınay (she/her) in 2019, Literarische Diverse Verlag publishes magazines and books that promote equity in literature and defend the tradition of self-empowerment. The project puts Germany’s colorful realities on paper – forever legible, forever part of the whole – and gives preference to BIPoC and LGBTIQ* voices.