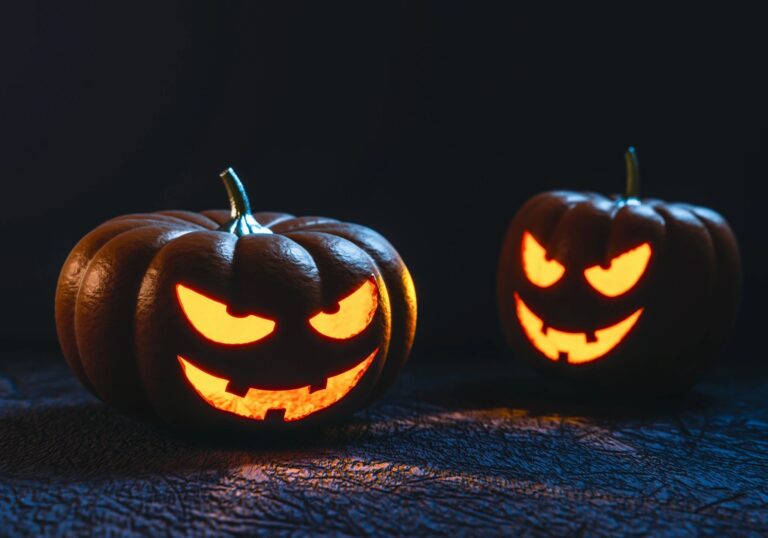 by the SAND team

It’s that time of year: the days are getting shorter and the nights are getting darker…and spookier. In the spirit of the season, SAND and Literally Speaking are joining with our friends at Berlin Love Story to present Collective Ghost Story. We’re inviting six Berlin-based writers to workshop their work into one collective piece. On November 7th, we’ll hear their spine-tingling story. Come along and listen. Unless, that is, you’re too scared…

For those of you who are not afraid, we have collected nine spooky pieces for  the Halloween season, from nonfiction essays to literary classics to young adult novels to stories that still give us nightmares.

House of Leaves by Mark Z. Danielewsk
Because this is one of the scariest books we have ever read, all about a house that has more room on the inside than is suggested on the outside. We also love the creativity of the  typography,with the word house appearing in a different color throughout.

“The Fall of the House of Usher” by Edgar Allan Poe
Because this puts a whole new spin on the idea of the walking dead, with hints of incest and overtures of evil in a decaying mansion in an isolated swamp.

“The Hidden Horror Inside Jane Austen Novels of Love” by Berlin-based Australian writer Mikaella Clements
Because Jane Austen novels are not all about Mr. Darcy and fine gardens. They’re also about monsters, microaggressions, and claustrophobia.

Elizabeth and Zenobia by our own Jessica Miller
Because this YA book has been described by Kirkus Reviews as “a fascinating tale that feels like Edgar Allen Poe, revisited.”

“Sea Oak” by George Saunders
Because we don’t know which is more hilarious and which is more chilling: the dead coming back, the way they shed body parts, the half-naked oil-wrestling waiters at Joysticks, or the poverty? Saunders is fresh off his ghost-story Man Booker win, and if that doesn’t call for revisiting some of his early work, we don’t know what does. You can find it in your copy of Pastoralia, your December 1998 issue of The New Yorker; or read the online reprint in The Barcelona Review, along with the Spanish translation.

Hag-Seed by Margaret Atwood
Because it is a whole new take on haunting, sorcery, and “things of darkness,” and because it’s Atwood – comical and thoughtful – revisiting one of Shakespeare’s creepier and more bizarre plays.

The Turn of the Screw by Henry James

Because this classic leaves us feeling more than a little insane and haunted by the end. Are they ghosts? Is it all in the governess’s head? And WHAT WILL HAPPEN TO THE CHILDREN?? Colm Tóibín plumbs the novella’s “evil” depths in The Guardian.

A Good Man Is Hard to Find by Flannery O’Connor

Because you don’t always need actual witches or vampires. O’Connor’s  evil-clown characters are all the scarier because they could be real: carnival “freaks,” mass murderers, and false-leg-stealing Bible salesmen. Jim Shepard knows.

We Have Always Lived in the Castle by Shirley Jackson
Because this chilling and darkly funny book goes beyond “The Lottery” and “The Haunting of Hill House” with what SAND Fiction Editor Florian Duijsens says is the “very best opening page of any book on my shelves.”