Out of Place: Launching SAND 19 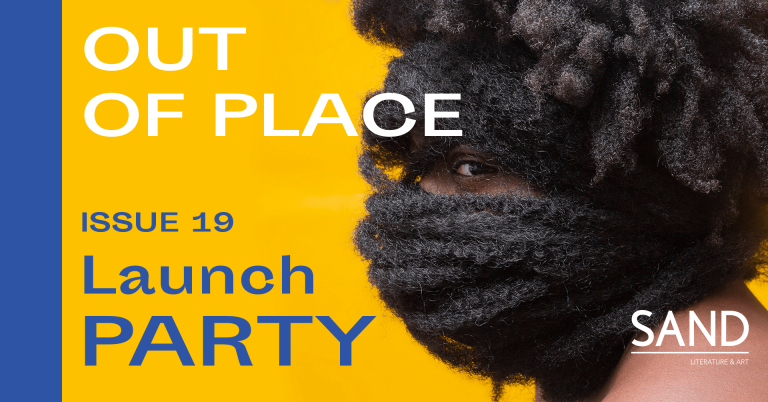 From Istanbul to Greenland, Nigeria, and the Caribbean, the prose, poetry, and art of SAND 19 resound with dissonance, disconnection, and things not quite where they should be…

Join us at ACUD MACHT NEU to toast the new issue with a night of our signature micro-readings and music until late.

KRISTINA ANDERSSON BICHER is a poet, essayist, and translator living in New York City. Her poems have been published in Ploughshares, Plume, Denver Quarterly, and others. She is the author of the poetry collection She-Giant in the Land of Here-We-Go-Again, due out from MadHat Press in Autumn 2019.

CANDICE NEMBHARD is a Birmingham-born writer, poet, and artist based in Berlin. She is the founder of the Afro-European archive The Black Borough and co-founder of writers’ and artists’ collective Poet & Prophetess.

ARIANNA REICHE is an American writer based in London. Her short fiction has been published by Popshot, Ambit Magazine, and Lighthouse Journal. She won first prize in Glimmer Train’s 2017 Fiction Open, and is represented by Curtis Brown UK.

MARINA REZA was born in Dhaka, Bangladesh and raised in New York City. Her writing has appeared or is forthcoming in Newtown Literary Journal, Bone 140 Bouquet, Having A Whiskey Coke With You, First Times: A Collection of Stories, and Künstler Künstlerin.

Followed with music from PAY RISE until late.

SAND subscriptions at special launch-day discount prices will also be available on the night.

Based in Berlin, SAND is a nonprofit literary journal featuring writing and art from around the world, particularly from underrepresented perspectives.