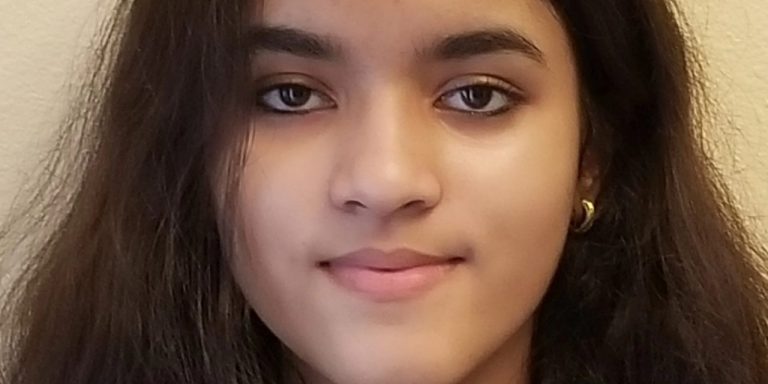 It’s difficult to talk about exactly why a poem works. How it strikes in the moment of reading is something (to appropriate the language of a dear friend) close to a physiological centre of the non-corporeal exposed, or the nebulous ‘phenomenon’ of language made bilious or gastrous. When it hits u it just hits u, man, & right in the gut. Not uncommon is the contention that there seems to be no concrete or at least no hold-able substance to substantiate the ‘why’ of a poem. Maybe that’s why people avoid reading it altogether. Because it’s scary not simply because it can appear occluded or riddling or hifalutin or deep-fried in the fat of academia, but also because it’s abject goop.

Because it ‘hits’ us.

Idk when I first read Uma Menon’s submission to SAND, but I do remember the unsettling sense of something calmly furious blinking in bluelight on my computer. I remember the power that seemed so wizened & controlled. I remember being hit.

Thereafter feels simple, w/out the need for explanation. I wanted the poem. But when I looked @ the poet’s biography, I admit I was shocked. The words didn’t seem like they were coming from a 15 year-old Floridian. They felt vital. They felt (o dreaded phrase) ‘beyond their years’. Which is a type of ageist predisposition no writer deserves. When it’s good writing it’s good writing, regardless. No academic gatekeeping can keep the physiological ‘why’, the bilious goop of poetry from seeping thru when it’s there. Simply put, my response to her age made me question that response.

So Menon & I sat down in front of our respective devices for a little chat about writing, influence, age & activism.

Natalie Mariko: What drew you to writing poetry? I read online that you wrote yr first poem as an infant – is that true?

Uma Menon: I did in fact imagine my first poems as a pre-kindergartner. At that point, I was still learning English, so I would dictate and my mother would transcribe. Throughout my life, a lot of my interests changed and morphed, but the one constant has always been my attraction towards language. For me, poetry is a form of writing that is accessible beyond other genres, in that almost anything can be expressed through [it]. So as a young child, I channeled my imagination into poetry as a means of storytelling.

At a certain stage, I lost poetry. I thought that I had grown out of rhyming words and nature imagery. It wasn’t until about a year ago that I really rediscovered my love for poetry. I realized its potential to convey important narratives and political messages. It was then that I truly understood what it meant for poetry to be self-expression. I use it to explore myself, my culture, and my experiences.

NM: What poets (contemporary or otherwise) inspire you in yr writing?

UM: Adrienne Rich is probably my favorite poet. In fact, I performed her poem “Planetarium” (my favorite) for my English class this year. That poem really influenced my understanding of form and figurative language. The subject matter is also really important to me, as it tackles the issue of failure to acknowledge women, despite their achievements.

Joy Harjo, Meena Alexander, Aimee Nezhukumatathil, and Naomi Shihab Nye are also poets whom I greatly admire. They all tackle very important issues in their poetry, and in doing so, use beautiful imagery and/or form.

NM: You’re a debater & activist as well – what is the focus of yr activism? Do you have any future public policy plans or political ambitions?

UM: I think that, at its core, activism is the use of words or communication to implement change. As such, writing and activism are deeply interconnected, which is why my poetry is so heavily influenced by social and political happenings. An issue that is really important to me is equality, across gender, race, and identity. As a female and person of color myself, I understand how identity can often be a barrier in today’s world, but I envision a world that embraces people of all identities. Through my poetry and activism, I aim to amplify the experiences of minorities to create greater awareness of the issues we face.

Apart from writing, I’ve also been involved in activism for other issues, such as gun control, net neutrality, and educational access. I’ve collaborated with organizations [including] Demand Progress, College Board, and DoSomething to tackle these issues. In 2019, after winning a writing contest on youth civic engagement, I was chosen to be US Congresswoman Stephanie Murphy’s guest to the State of the Union Address, one of the most selective political events in America. As such, I am also an advocate for youth participation in politics and communities.

NM: Gonna be a little long-winded here so bear w/ me: Since the time of Plato’s “Ion”, poets have been regarded w/ suspicion, & I would argue many people’s conception of poetry is this lazy Romanticism–all odes & sonnets, love & nature… Yr poetry, to me, as well as yr age seem to reflect a slowly gathering change in this perception – political poetry seems to be gaining mainstream popularity in the time of climate change & openly xenophobic populism. What role, in yr opinion, can poetry play in affecting change in the world?

UM: I completely agree. I think the stigma around poetry is something very different even from other literary genres, and some of this may be attributed to the emptiness and frivolity that plagued poetry in previous centuries. There’s the idea that poems come only in two types: trivial or esoteric. But poetry, I feel, has morphed in a way very similar to that of visual art. Both have become very political, since our world today is almost defined by politics. As you say, we are faced with so many problems in the present-day, from climate change, to xenophobia. And the reason why today is different from yesterday is that today, for the most part, we are aware of those problems. We instead lack awareness or [the] drive to create solutions. That’s where poetry and other art forms come in – they use the power of narrative to propel people into action. We’ve seen, from movements such as #MeToo, that sharing narratives is the best way to create tangible change. Poets do the same – we tell the stories and convey the messages that can change the world.

NM: Do you still have the first poem you wrote?

UM: I do – all of my early poems are in a little diary that I still have. It’s titled “Penny at the Store,” and is a six-line narrative poem. Of course, I was still learning to write at that time, so the poem is transcribed by my mother. Something really interesting about this poem is that it is written in all capital letters, as I was oblivious of lowercase letters. A lot of my poetry today, including the poem that is published in SAND, is written entirely in lowercase. So there’s an interesting juxtaposition there.

Penny at the Store

COIN WENT TO A STORE TO BUY FRUIT SALAD

CLERK SAID THAT WILL BE A DOLLAR

COIN SAID I DON’T HAVE ANY

CLERK SAID I WILL TAKE YOU

COIN SAID NO YOU WON’T

AND HE RAN AWAY.

NM: How do you think your age hinders/emboldens yr poetic praxis? Have you had any backlash from individuals in the poetry community? Do you have any specific teachers or elders in yr life who have helped you in some way to become a “better poet” (problematic term, I know)?

UM: My age makes my poetry experience very unique. Although a lot of young people engage in poetry, most limit themselves to leisure writing. When I began submitting to poetry publications, I faced a lot of barriers. Many journals and anthologies would not allow minors to submit. Others would require undergraduate status. As a fifteen-year-old, my only income is from freelance writing, so submission fees also make it difficult for me to access many publications.

Though I haven’t necessarily experienced direct backlash, I have no doubt that my age has likely played a factor in some rejections, especially from major publications. The idea that young people won’t take such opportunities seriously is a misconception that exists (pervasively).

My English teachers in elementary and high school have impacted my love for language and encouraged its growth. I am a firm believer in the fact that any ability I have is a direct result of my teachers. My family is an important inspiration within my poetry; most of my poems feature my parents, grandmother, or extended family member as a character within them.

I don’t have any connections within the poetry world. I, unfortunately, don’t know any professional poets apart from my editors. I’ve navigated the poetry and publication world all on my own, and it is very difficult at times. I just finished my first full-length poetry collection and am currently trying to find publishers for the collection. As a fifteen-year-old, and as someone without any guidance, I’ve found the publication process to be particularly difficult.

Jhumpa Lahiri’s Interpreter of Maladies is my favorite book, so I would be so honored to sit down with her. Reading the book was a major turning point in my writing career, as it made me realize that my story matters. I had reached a point where I felt like what I had to say didn’t matter enough, that I had already said enough. Interpreter of Maladies is one of the few books that I have read focused on the Indian-American experience. After reading the book, I realized how necessary it was to write out my own story. I just recently finished writing my first full-length poetry collection, and I’m not sure that I would have finished it if it weren’t for Lahiri’s novel.

Celeste Ng is a new favorite when it comes to fiction. She has only published two novels, but unsurprisingly, both are critically acclaimed and extremely successful. I definitely believe that she represents the future of the writing world.

As I mentioned earlier, Adrienne Rich, Aimee Nezhukumatathil, and Naomi Shihab Nye, are among my favorite poets who I would also be excited to sit down with.