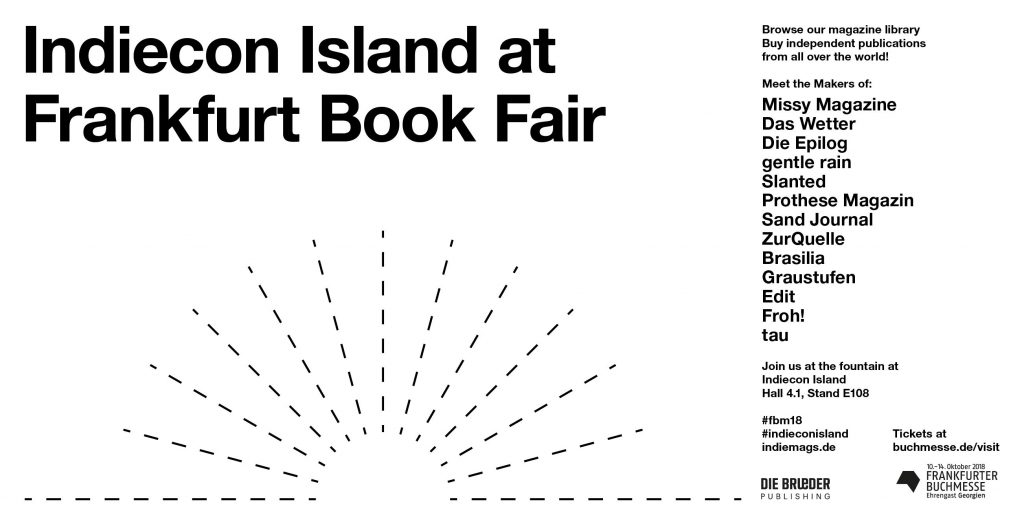 We will be sharing a stand called Indiecon Island with this fantastic lineup of independent magazines from Germany. So stop by and say hi to us and our fellow magazine makers. Jake and Ashley from SAND will be there in person on Wednesday and Thursday, but copies are available all week and we have special dispensation from the book fair to sell them.

Looking forward to meeting some of you in Frankfurt, and extremely grateful to Die Brᵫder from Hamburg for making IndieCon Island happen.

Here is a bit more about the other magazines at our stand (all of them are published in German apart from gentle rain; tau prints the original language beside German translations):