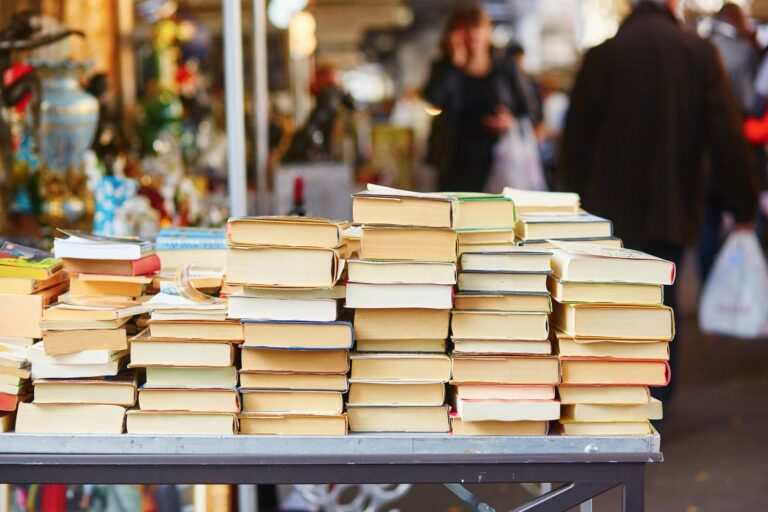 2018 is coming to close and we here at SAND were in a reflective mood collecting all the great books, short stories, poems, and essays (published by others) we read this year. The result of which is a reading list to help you through the holiday season or as last-minute gift idea.

A noir novel set in the rubble of postwar Berlin and packed with queer love, ingenious bartering deals, and guerilla justice.

This is a collection of tightly-crafted, incredibly-written short stories about subjects ranging from the casual to bizarre and even magical. Written by Berlin-based May-Lan Tan, the collection was shortlisted for The Guardian First Book Award and is available from Hodder & Stoughton.

In this brilliant and concise short story, Zaheer uses a frighteningly plausible collective narrator to demonstrate how discomfort at societal change can turn to radicalism. Read it at the link above or in the print version of Alaska Quarterly Review (Winter/Spring 2018).

Kate McNaughton’s How I Lose You

This novel’s love story ends within the first several pages, but the real story continues as the protagonist uncovers new “truths.” By Berlin-based Kate McNaughton and available from Doubleday.

Manuel Gonzales’s The Regional Office Is Under Attack!

This novel is not only a load of fun, but it also bends genre and gender expectations with its mechanical arms, super-powered female assassins, and oracles in plastic swimming pools. A film adaptation is in the works.

The New York Times’s series Overlooked tries to rectify a history dominated by obiturarious on white men. Much like Berlin’s own Dead Ladies Show, it celebrates remarkable dead people. The one published in October on Annemarie Schwarzenbach is a fascinating tale of addiction, a road trip from Switzerland to Afghanistan in a Ford, lesbianism, and Nazis. And leaves you wanting to read more about and by her.

A fascinating longform piece, going into the nitty gritty of a not confirmed story about Jewish massacres in the Mongolian capital in 1921. It shows a historian at work, and being so obsessed with what ended up being a mere footnote in his 1993 book Autocrat of the Desert.

Jenny Zhang’s Sour Heart is one of those rare short story collections which you want to devour in one sitting. Each story focuses on a different family of first-generation Chinese immigrants living in New York, all told from the perspective of their adolescent daughters. It’s a frank, funny, and tragic depiction of the realities of migration, class, sexuality, and growing up with multiple cultural identities.

This New York Magazine long read chronicles the unbelievable true story of Anna Delvey, a Russian-born woman who was charged earlier this year with multiple counts of fraud and grand larceny. For years, Delvey managed to trick the world into believing she was a billionaire heiress. She bagged invites to exclusive events, racked up huge debts at fancy Manhattan hotels, and convinced investors to give her loans for fake business ventures. This delightfully gripping non-fiction piece tells the bizarre story of her rise and fall.

Max Porter’s Grief Is a Thing with Feathers

Assuming the form of part play, part poem, and part novel, Grief Is a Thing with Feathers observes a Ted Hughes scholar and his two boys grieve the loss of his wife/their mother with assistance from a large talking crow. The crow’s presence allows them to grieve outside the confines of societal expectations; moving through waves of violence, melancholia, dark humor, and time displacement. It was a favorite of at least two of our team members.

A zest for life is truly conveyed through this partly autobiographical odyssey of Mueller’s short existence. From drug trips to grocery shopping, to sexual encounters and car journeys, this chunk of prose traverses her outrageously honest life through wit, fear, humour and horror. Whilst exploring the barriers of the human body and our psychological experiences of space and place, Mueller shares an insatiable hunger for finding herself in a world of good and bad. We lost Cookie too soon.

This book showcases the incredible storytelling skills of Arundhati Roy. A New York Times Bestseller and longlisted for the Man Booker Prize 2017, this gentle and fiery novel follows the life of Anjum, who used to be Aftab, a hijra (in India known as the third gender or eunuchs) through the metropolis of Old Delhi, up to Kashmir and then back through the Indian forests. After years of turmoil, pain, rejection and isolation, this novel expresses the power of recovery, acceptance and sacrifice through the patchwork of narratives it contains. A truly remarkable and encapsulating piece of work on India’s political and nationalistic perspectives, of class and caste. Roy takes us to a place none of us will have ever heard of.

Brontez Purnell’s Since I Laid My Burden Down

Published by Feminist Press, one of the best books one of our team members has ever read. A beautiful journey of what it was like growing up gay in 1980’s Alabama. De Shawn is forced to leave his life of comfort in San Francisco and return to his home state where he is hit with flashbacks of the men from his youth, church, sex and discovering love. If you’ve ever (or never) had experiences of cross-culture living and a sense of a dual identity, this ridiculously well-written and honest book is the shoulder you need to lean on. Nothing else to say other than to go and read it right now.

Published by Faber & Faber 2018. This collection of three long poems of astonishing breadth, wit, emotion and vocal range blew me away. What struck me most is not only Sullivan’s stylistic mastery, but also the immediate readability of these poems–I read the whole thing on a long train ride and found myself in tears by the end. An astonishing new voice.

It is a trilogy, and you don’t have to read them together or in order. Each book observes a myriad of characters that the narrator, a female writer, encounters. The books are a study of human interactions by way recorded conversations, and they leave us with tantalizing questions: how much do we know about other people? How much truth are we willing to share with our loved ones? The narrator offers little interpretation or meditation of her own, which lets ours run free. Intelligent and daring, the trilogy challenges the way we write and read fiction.

Alexander Chee’s How To Write An Autobiographical Novel

It is great to read writers who don’t shy away from claiming the shame and the eccentricities in their narratives as their own. They are brave, strong; and make you want to be like them. It is also great when your reading educates you. Chee’s collection of essays are stunning in both these regards: it moves to tears, and it makes you a better writer. The essays show the author growing up as a Korean-American gay man, learning writing from Annie Dillard, losing friends and lovers during the HIV epidemic, waiting tables to support his career; all the while he is falling in and out of love, disappointing people, teaching, learning, and writing. The book is a prime example of quality writing: the limits of both nonfiction and fiction expire within Chee’s powerful voice and storytelling.

Do you ever stop and think about how many women writers that we forgot to remember because we’re too busy memorializing Ted Hughes and Allen Ginsberg? We do, and it makes us very sad. That is why we couldn’t believe the anonymity of Ginzburg after finishing this collection of essays. This Jewish-Italian writer wrote numerous essays throughout the 50s to the 80s on family relationships, political affairs, religious beliefs, and city identities with the sharpness of Joan Didion and the humanity of John Berger. Her writing is bone-clean, yet still full, enhanced by the beautiful translation.

Emilie Pine’s Notes to Self

Hands-down the best nonfiction one of us read all year, this collection of essays on one Irish woman’s ordinary and extraordinary life so far is pretty essential for anyone. Pine’s stark honesty about the deepest parts of her life draws you in, and her wry wit keeps you there.

While this is a bit of an obvious pick, the fuss about Rooney is well-justified. Simply put, there isn’t anyone who writes the internal life of twenty-somethings better or more clearly. Some would give their left hand to write dialogue this well. And a team member who would like to remain anonymous admitted that they once called in sick from work just to finish her first novel, Conversations with Friends.

For a first book, Tallent’s description of the Northern California locale in which the action takes place is incredibly engrossing. One could happily read about the flora and fauna of the beginning of the Pacific Northwest for chapters. This is no ordinary coming-of-age tale, as the obstacles Turtle Alveston must deal with are far from straightforward.