Yan An, Translated from the Chinese by Chen Du & Xisheng Chen 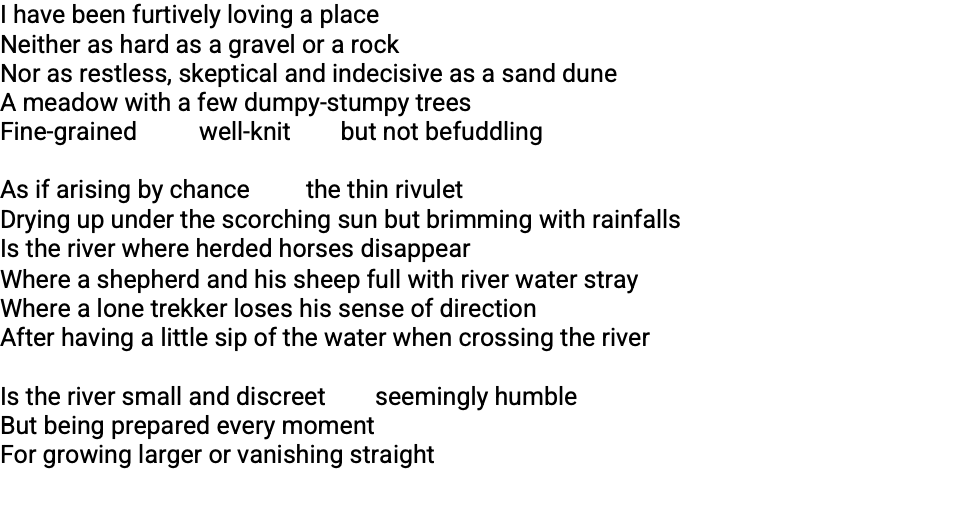 Yan An is the author of fourteen poetry books including his most famous poetry book, Rock Arrangement, which has won him The Sixth Lu Xun Literary Prize, one of China’s top four literary prizes. He is also the Vice President of Shaanxi Writers Association, the head and Executive Editor in Chief of the literary journal Yan River. His poetry book A Naturalist’s Manor, translated by Chen Du and Xisheng Chen, was published by Chax Press. The poem published here is from Yan An’s most famous book Rock Arrangement, which was published by Shaanxi Publishing & Media Group (Taibai Literary Press) in 2013. This piece appears in SAND 24.

Chen Du‘s translations have appeared in more than twenty journals in the United States and her poems have appeared in American Writers Review and elsewhere. A set of five poems written by Yan An and co-translated by her and Xisheng Chen won the 2021 Zach Doss Friends in Letters Memorial Fellowship. Yan An’s poetry book, A Naturalist’s Manor, translated by her and Xisheng Chen was published by Chax Press.

Xisheng Chen, a Chinese American, is an ESL grammarian, lexicologist, linguist, translator, and educator. As a translator for over three decades, he has published many translations in various fields in newspapers and magazines in China and abroad.