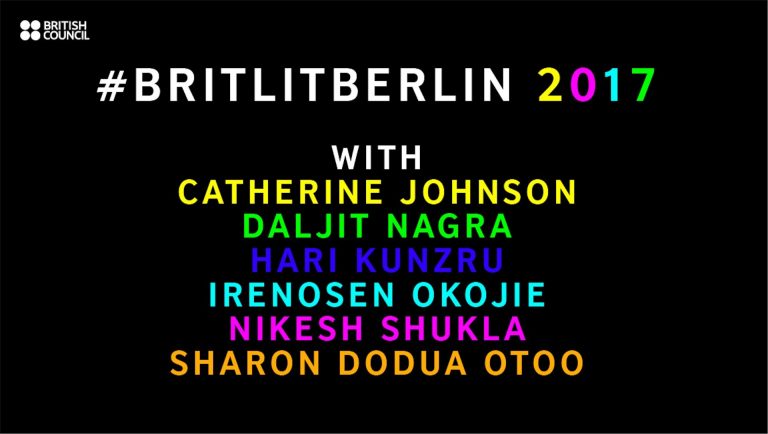 Bernardine Evaristo, Malika Booker, Irenosen Okojie, Sharon Dodua Otoo, Hari Kunzru, Nikesh Shukla, and Catherine Johnson are all British writers. That is, they are citizens of the United Kingdom, despite familial ties past or present to Nigeria, Germany and Ghana, Ireland and India, Guyana and Grenada. Their collective antecedents include Yoruba Saros, Kashmiri Pandits, Jamaicans, Welsh folk; their names, faces, and outlooks are palimpsests of global circumnavigation. If one chooses to define these categorically successful writers this way — by their alleged foreignness — perhaps it makes no difference to whom which ethnicity or parentage belongs. But if one resists the classification of nationality by ethnicity, these writers’ fiction, poetry, and nonfiction emerge as fundamental to the British canon, a literature as vivid and manifold and quintessentially British as the populace of the United Kingdom itself.

At the British Council Literature Seminar 2017, titled “Diverse Voices, New Directions,” these seven writers painted a beautiful portrait of globalist British literature, both as it is now and as still to come. Chaired by Evaristo, the seminar featured three days of workshops, discussions, and readings with each of the aforementioned authors and served as an exploration of writing while nonwhite in contemporary Britain.

To avoid politics in writing is a luxury, just as to avoid politics in life is a privilege of the wealthy and white. The seven featured writers at the seminar, along with countless others delineated by their skin colors, accents, or customs, have no choice but to confront that distinction in everyday life. And if writing is the magnification and/or subversion of that reality, then the work of these seven is an ideal imprint of a widening British narrative.

Beyond highlighting this crop of excellent British writers as representatives of nonwhite publication the world over, the British Council Literature Seminar was a dive into the hows and why of writing itself. Good literature, no matter the writer, complicates, breaks boundaries between too-easy classification, unravels the defined, and wrestles with uniquely complex narratives. It rewrites preconceptions and redefines history one poem, novel, or essay at a time.

Also, read our exclusive interview with Irenosen Okojie from the Literature Seminar here.