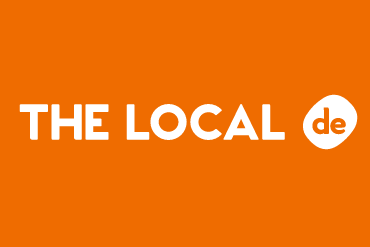 Berlin Writers and Rent
SAND Profiled in The Local Germany

The morning of the Issue 15 launch, The Local published an article profiling SAND after interviewing our editor in chief. The two-hour conversation with The Local Germany’s editor, Jörg Luyken, kept coming back to the pressing issue of Berlin’s housing crisis and its impact on the writing community here. The article begins:

Rising rents are tightening the screws on aspiring young writers, but the capital city still offers a uniquely cosmopolitan literary atmosphere, the editor of a Berlin literary magazine tells The Local.

Ever since Christopher Isherwood penned his classic collection “The Berlin Stories”, partly fictional tales of life in the dying years of the Weimar Republic, the German capital has had an allure for broke foreign writers trying to make a name for themselves.

Cheap rents and the fact that you are “sitting in the shadow of history” still act as a magnet for young writers almost a hundred years later, says Jake Schneider, editor-in-chief of SAND Journal, a biannual literary magazine based in Berlin.

“If you have a certain number of creative people in one place, the one-upmanship creates this creative ferment. That is definitely something that has existed here, and I hope it will continue to, despite rent increases. It is something that is exciting to share with people who aren’t in Berlin,” Schneider tells The Local.

But the difficulty for foreign writers to get their names on a letting contract, and the rapid increase in rents are putting a pressure on this community, he says.

Read the full article at The Local Germany.