A Harrowing Journey in Translation 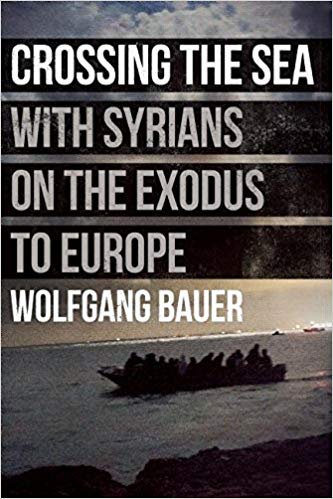 A Harrowing Journey in Translation: Wolfgang Bauer’s Crossing the Sea

I’m sure most translators remember their first book project, and the literary side of my translation career certainly got off to a great and memorable start. A couple of years after translating Crossing the Sea, a work of non-fiction by Wolfgang Bauer (And Other Stories), I revisited the book for Sheffield’s Migration Matters festival. Copies of the book were given away throughout the city and people were encouraged to come along to the central library for a discussion group with myself and Stefan Tobler, the book’s publisher and editor. Participants would have the opportunity to ask questions about the translation process, share their thoughts on the book, and discuss the wider issue of the refugee crisis. Rereading the book to refresh my memory, I looked back on my whirlwind introduction to literary translation.

Crossing the Sea is about Syrian refugees, a constantly evolving topic that required the book to be published as quickly as possible. As Stefan Tobler explains: “We jumped at the chance to publish Crossing the Sea because in spite of the many news stories about Syrian refugees, we hadn’t read anything like it that lets readers go beyond the headlines and truly get to know some individuals and their stories.”

And so I was faced with the prospect of translating a 27,000-word book in one month. Before going freelance I had spent more than five years as an in-house translator, and it wasn’t unusual for me and my colleagues to be asked to translate a similar word count in much less than a month. In addition, this was a book of journalism (something I had often translated) so I didn’t feel as daunted as I might have. My overriding feeling was one of excitement at the opportunity to translate my first book, particularly one on such an important and emotional subject.

In fact, the short turnaround time worked well with the subject matter. In the book, journalist Wolfgang Bauer and photographer Stanislav Krupař disguise themselves as refugees and travel with a group of Syrians as they attempt to get to Europe. As Wolfgang says in this interview on Spuren.de, “I resolved to join them on their journey because I saw that many of the friends I made in Syria a long time ago were coming to Europe. I felt connected to their suffering, their hope – such human hope – to escape the war. And I wanted to share that experience with them, no matter what happened.” Over the course of the book, this experience includes being shot at, imprisoned, kidnapped, and nearly drowning.

I hadn’t had a chance to read the whole book before taking on the project, and would set myself a minimum word count to complete each day. Often I would find myself working for longer, unable to finish for the day when I was so desperate to find out what happened next. I had often seen news reports accompanied by images of people in boats, but this translation provided a deeper insight rarely seen in general media outlets. I would never have envisioned a group of refugees being kidnapped by another band of people smugglers; why would this happen, and how on earth would the situation be resolved? At times, the events unfolding on my computer screen would leave me in tears or force me to go out for a walk to clear my head. The project may have been emotionally intense at times, but immersing myself in that intensity helped me to tell the story.

Attending the reading group at the Migration Matters festival, I was delighted with the feedback. The reading experience had been as intense and immersive as the translation process. Many participants expressed their hope that copies of the book might find their way to world leaders, because, as one reader put it, “The stories are harrowing, but also awe-inspiring, with what these people have gone through to get a better life for them and their families. This makes the book impossible to put down and grips you from start to end”. There is something very special about encouraging people to explore topical issues in more detail and to imagine what it must be like to endure such terrible events. I am so glad that I was entrusted with this task. 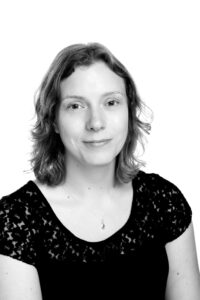 Sarah Pybus [@PybusTrans] is a translator of literary and non-literary texts from German. In 2015 she was awarded first place in the GINT Non-Fiction Translation Competition.

Read more about Wolfgang Bauer’s undercover journey in this article from Newsweek. You can purchase Sarah Pybus’s translation of the book here.