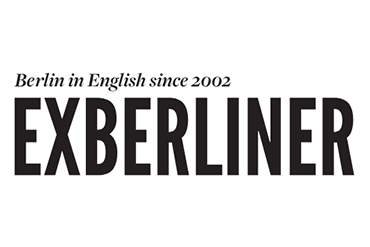 Exberliner, founded in 2002 by three journalists from the UK, Romania, and France, is Germany’s largest publication in English, with focuses on culture, reportage, and politics in Berlin, especially its international community. In the summer of 2019, their reporter Madeleine Pollard interviewed our Editor in Chief about what sets SAND apart, Berlin as a haven for international writers, and the question of how newcomers from abroad (especially literary ones) fit into German identity and public cultural funding policy. Here’s an extract:

Is Berlin still the haven for expat writers it’s supposed to be?

Berlin is just miles ahead any other city I know when it comes to its support of non-national literature – i.e. literature in languages besides the country’s official language. This year, the Senat opened applications for writing stipends for non-German-language authors. Do you know of any other city that gives foreign authors a salary for a year to write their book in their own language? It’s only open to six people per year, but they receive €2000 tax free every month! We don’t have the same pressure to conform to what people are doing in the UK or US. Obviously rising rents are a huge issue, but despite the expenses, the writing here is becoming much more sophisticated – maybe a little less avant garde. When I first arrived, there was an English book launch three or four times a year. There’s so much going on now that you’re constantly missing stuff, which really says a lot.

In the latest issue of SAND, the theme is “Out of Place” and in your editor’s note you invite readers to “drop place altogether”. But wouldn’t you agree that a lot of literature produced here has emerged from this very sense of Berlin as a unique place?

There’s a lot of extremely place-specific writing that’s coming out of Berlin because the city almost automatically inspires an interest in the archaeological onion peels of its successive and simultaneous identities. But the theme of this edition was sparked by these posters in Berlin which offered to pay foreigners to “go home”, and the political uproar over the xenophobic takeover of the Interior Ministry. We have this crisis with what it means to be a Berliner. The fact many Berliners don’t identify as German despite having a German passport isn’t just a reflection of their failure to integrate; it’s also a reflection of Germany’s failure to include them in its self-definition. In the city that accepted the most refugees in 2015 and has been the site of an international literary renaissance, we are at the frontline of these questions as to what it means to be out of place.

Read the full interview at Exberliner.