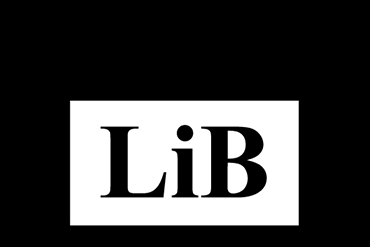 Literature Away from Home
An Interview for LiteraturWissenschaft in Berlin

Chris Fenwick from the LiteraturWissenschaft in Berlin blog spoke with Jake Schneider, our editor in chief, about being a English-language journal in Berlin, the local scene, and literature across communities. Here is an excerpt:

Chris Fenwick: SAND is an English-language journal based in a German city. How do you think it differs from journals in English-speaking countries?

Jake Schneider: SAND itself is a Berliner by birth, even if virtually everyone who’s worked on it over the past eight years is a Berliner by choice, born elsewhere and likely to move on eventually. This a city of fleeting convergences, eager arrivals and sudden departures, and all that history has left many layers of unique creative residue, which is why we aren’t just a direct transplant from some other place where English is the official language.

In cosmopolitan Berlin, English now represents a kind of horizontal communication, often between people who grew up speaking a third or fourth language. English is the language people arriving here speak. That makes it a symbol of inclusion, while German is a daunting gate that fresh Berliners who are serious about settling down can only pass with years of study and practice.

So yes, the “global” status of English comes at the heels of the British Empire and (fading) American hegemony. But that background is irrelevant to international Berliners trying to meet halfway for a conversation. Compared to the scenes in languages like French, Russian and Hebrew that are by nature less accessible to people from other countries, the English scene represents a semi-neutral internationalism.

Maybe if we at SAND had more homogeneous backgrounds, matching passports and a common frame of reference, we would be a little more like those other English-speaking journals back “home.” But we simply don’t draw on a singular, default national experience. We don’t share any other home. Everything we publish is equally “foreign” and therefore equally relevant.

In addition to the expected Americans and Brits, we’ve featured contributors from all five continents, many of them living outside their countries of birth. For example, Avital Gad-Cykman, whose flash fiction piece “Two Peas” will appear in the new issue, is an Israeli living in Brazil who writes in English. (We’re very excited she’ll be here in person to read at the launch party this week.) Our team currently has at least seven nationalities. None of this is deliberate, but it certainly informs our perspective and the work we find interesting.