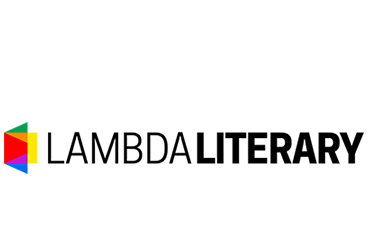 Lambda Literary is the biggest LGBTQ literary community in the world, best known for their prestigious annual book awards, nicknamed the “Lammys.” In spring 2018, we contacted them about the MoonLIT LGBT+ Festival that was taking place in the southern Philippines. This initial contact led to a months-long email exchange between our Editor in Chief Jake Schneider and Brandi Spaethe from Lambda – and eventually to this interview on their website, which we’ve extracted here:

You mentioned before that you publish writing with queer and trans themes. Does every issue include voices from the LGBTQ literary community?

Yes. There has never been an official quota, but we publish writing by and about the LGBTQ+ community in every issue. A few recent highlights include shelly feller’s delightfully quirky gender-playful poems (“spangled dandy, i / suture couture de rigueur”), Maija Mäkinen’s story “Yellowstone” about a woman separated from her wife in the apocalypse, George L. Hickman’s flash fiction about a group of trans men reflecting on their deadnames, and Ben McNutt’s terrifically homoerotic photo series of wrestlers.

As queer people, unlike religious or ethnic minorities, we generally start out alone and discover we’re part of a community later. Call it our “You’re a wizard, Harry” moment. And that community is very international.

Sadly internationalism, like queerness, is viewed with suspicion everywhere. The best cure for suspicion is empathy, and the best source of empathy is literature.

Now more than ever, when the side effects of toxic nationalism are causing even some of the worldliest people to forget about problems outside their own countries, we cannot lose sight of our global counterparts. We should especially empathize with the hardships of queer exiles who have experienced persecution for their gender identities and sexual orientations, sometimes in addition to the horrors of war.