Plenty of comparisons have been made between Berlin and New York, especially their “equivalent” neighborhoods. Because this upcoming week-long festival in Berlin of the two cities’ literary intersections (8-15 July) shares a name with an online slang dictionary of questionable reference value, I thought I’d find out what the internet had to say about both metropolises. (The search was partly inspired by Hannes Bajohr, a festival participant and electronic man of letters, who finds far greater literary value in the digital depths.)

On Urban Dictionary, I found this: 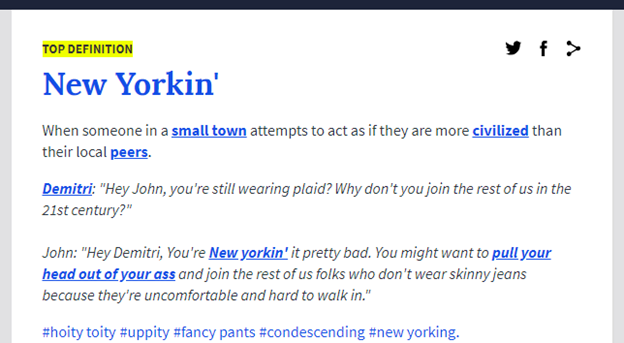 On Mundmische, a German equivalent, I found the following: 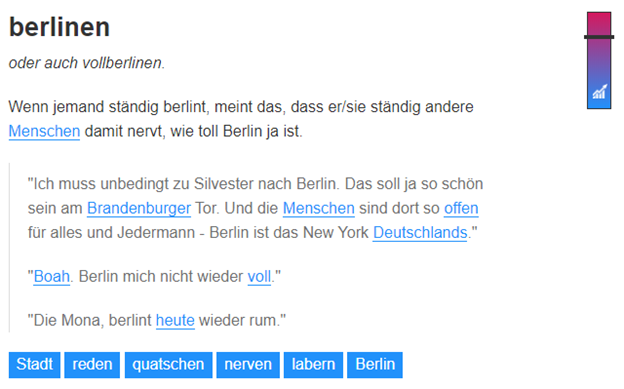 to berlin
or to “berlin around”

If someone berlins all the time, that means s/he is constantly annoying other people with how awesome Berlin is.

“I’ve got to go to Berlin for New Year’s. It’s supposed to be so nice at the Brandenburg Gate. And the people there are so open to everything and everyone – Berlin is the New York of Germany.”

“Woah there. Stop berlinning me around.”

“That Mona, she’s been berlinning it again today.”

So is Berlin really the New York of Germany – in that they both have “uppity” admirers in small towns? Is that true of all big cities? What does that have to do with literature?

Never mind. Just come to the festival. Here are just a few of the great participants we’re excited to see:

Hope to see you there!