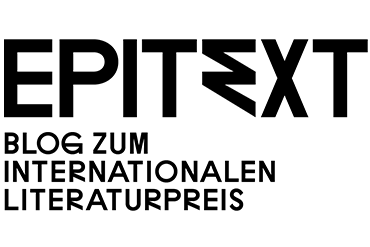 Each year, the International Literaturpreis is awarded in Berlin to the best international book published in German translation. The associated blog, EPITEXT, covers topics related to international literature. Our Editor in Chief Jake Schneider contributed a guest post about “language spaces” in Berlin. Here is an excerpt from the article:

When I moved from New Jersey to Berlin five and a half years ago, on the pretext of translating a book of German poems, I found myself in a new Sprachraum, or “language space.” This unfamiliar German notion—of a language wedded to its territory—struck me as odd coming from the Anglosphere, an arbitrary zone that had wafted around the world behind invading red uniforms and Coca-Cola cans. But like many international newcomers to the capital, I later realized I was living not in the “German Sprachraum,” but in an entirely different language landscape specific to Berlin.

The geography of German probably molded that monolith of language space. German is a chain of dialects that span Europe from the southern Baltic to the southern Alps, from Wallonia to the Danube. This is an old, self-contained map. Martin Luther did his part to standardize the formal language across those many dialects. Since then, whatever isolated pockets, colonies, and outposts of German once existed—in places as startling as Estonia, Serbia, Brazil, Texas, and Namibia—were either expelled during the brutally violent population exchanges of the twentieth century or dissolved by local assimilation, and in both cases mostly forgotten. Now, from the vantage point of German-speaking Europe, it looks like a language naturally belongs where it lives.

In the German Sprachraum, we all sit by default under a shared thatched rooftop. The common acronym for German-speaking Europe is DACH, meaning roof: short for Deutschland, Austria, and Switzerland’s Confederatio Helvetica (a mix of German, English, and Latin right there). Besides leaving out Luxembourg, Lichtenstein, and German-speaking corners of Italy and Belgium, the roof obscures small and endangered languages under its formidable shadow—Sorbian, Frisian, Jutlandic, Western Yiddish, Sinte Romani—not to mention the huge living diversity of German dialects.

Read the full article on EPITEXT.